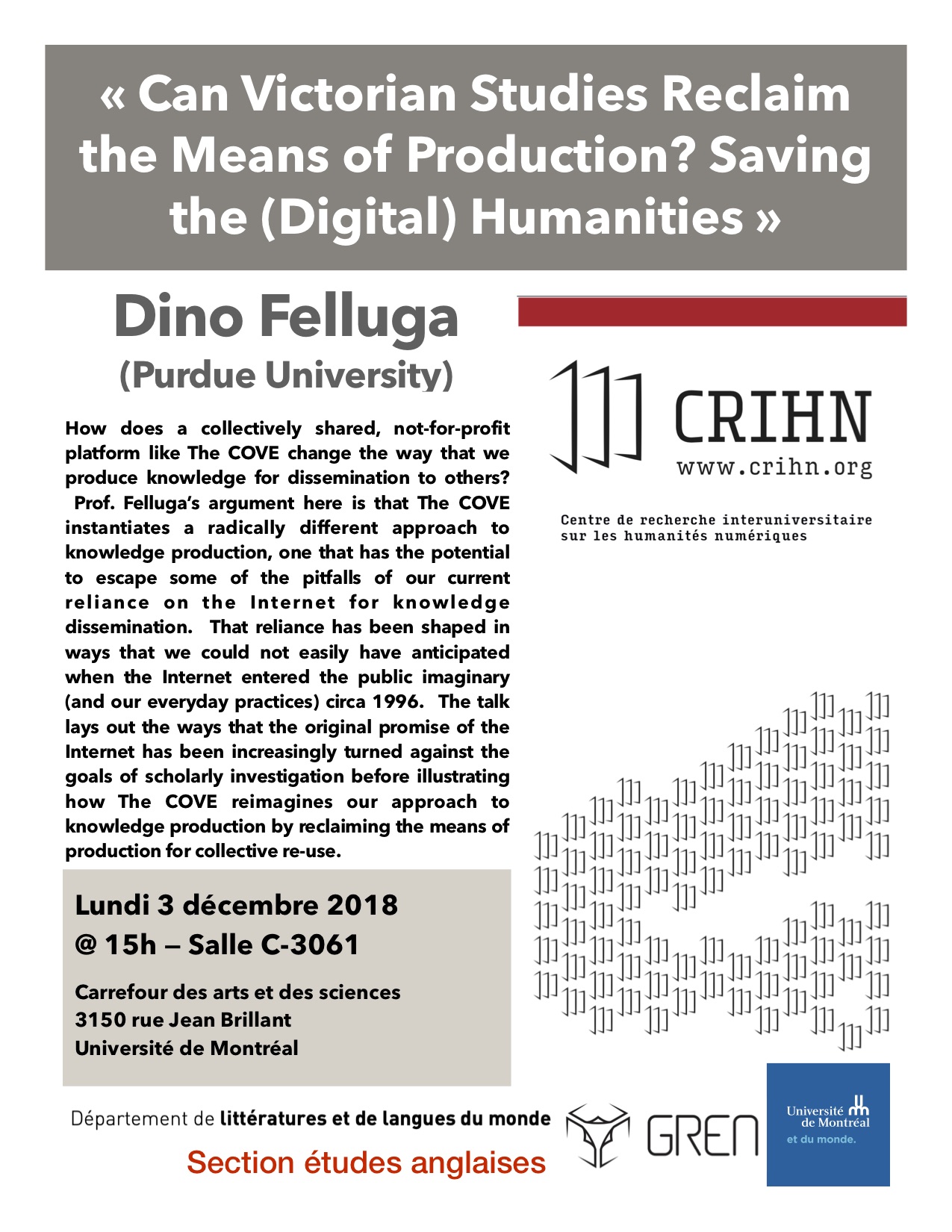 How does a collectively shared, not-for-profit platform like The COVE change the way that we produce knowledge for dissemination to others?  Prof. Felluga’s argument here is that The COVE instantiates a radically different approach to knowledge production, one that has the potential to escape some of the pitfalls of our current reliance on the Internet for knowledge dissemination.  That reliance has been shaped in ways that we could not easily have anticipated when the Internet entered the public imaginary (and our everyday practices) circa 1996.  The talk lays out the ways that the original promise of the Internet has been increasingly turned against the goals of scholarly investigation before illustrating how The COVE reimagines our approach to knowledge production by reclaiming the means of production for collective re-use.
The COVE feels that we must come together to provide scholar-driven, not-for-profit alternatives to the commercial providers, which increasingly have a stranglehold on our university libraries, and that it is in our best interest to support platforms that allow our scholarship to be accessible to a worldwide audience in open-access formats (thus countering our past tendency to keep our scholarship hidden behind the pay walls of the deep web); however, we must be creative in thinking about how best to sustain such alternatives in the long term while preserving those values of humanities scholarship that are increasingly threatened by various structural realities in the present day.

Dino Felluga is professor of English and Critical Theory at Purdue University.  He has published The Perversity of Poetry, Critical Theory: The Key Concepts, and the four-volume, million-word Encyclopedia of Victorian Literature.  He is also the creator of Britain, Representation and Nineteenth-Century History, and The Central Online Victorian Educator.